“communicating things that can not be told”

Slovenian furniture and interior designer Nika Zupanc pours a poetic disruption into the world of design. Her products and installations challenge the rational, sober and utilitarian by giving voice to the intuitive, eclectic and intimate.

“To challenge the rational, sober and utilitarian by giving voice to the intuitive, eclectic and intimate”

Nika Zupanc graduated with distinction from the Academy of Fine Arts and Design in Ljubljana in 2000. Since then Nika has continued to build her portfolio to rising acclaim. The Lolita table lamp, produced by Dutch design brand Moooi is a particularly well-loved piece of hers. A piece which brought her a sterling reputation and opened the doors for collaborating with distinguished design companies such as Sé, Scarlet Splendour, Moroso and Nodus among others.

Over the last few years, Nika has become one of the most closely-watched designers at Milan Design Week: not just for her stand-alone products but also for her installations, including Love Me More, curated by Rossana Orlandi. She also made the Room of One‘s Own installation for the 2013 Esprit Dior exhibition and designed the atmospheric As Aperitivo bar in her hometown Ljubljana – two fantastic immersions into her design sensibility. She received the prestigious accolade of Elle ‘Woman of the Year’ in her home country.

Nika Zupanc’s work is inspired by the outer frontiers of technologies, materials and design possibilities.

“I am very interested in working with icons” – she shares in a recent interview – “whether it is the material, a certain form or even a certain colour. I am interested in the meaningful essence that those things possess.”

Inspired by and also a creator of icons herself, Nika Zupanc created a disruptive and recognisable style with her cheeky and glamorous design. Her statement pieces break the norms and reclaim the feminine aesthetics in a predominantly male furniture-design market. Her visual language comes from carefully selecting her themes and forms challenging stereotypes through a poetic approach. Working as an independent designer for selected brands she is constantly involved in fresh projects that grow out of distinctive interpretations of modern culture, contemporary design and available technological options.

Zupanc’s pieces carry an emotional charge as well as being exquisitely finished, with an uncompromising feminine feel. Since emerging at the Milan Design Week in 2008 she has been closely watched by the industry and the press, describing her work as everything from “punk elegance” (Elle USA) and “techno-chic” (BusinessWeek) to “larger than life” (Clear magazine) and Zupanc as “the real star” (The Wall Street Journal). There’s a touch of theatre and Film Noir in her work, and somehow her pieces make the user feel like a Hollywood actor.

Nika’s acclaimed collection for Sé is an extraordinary range of pieces based around the loose theme of the Olympics and sports clubs, including the Trophy table lamp and the ingenious three-sided Olympia dressing table. The collection received the Editor’s Award for Best Furniture at the ICFF and was claimed to be one of the best collections presented at Milano design week 2014 by Dezeen, The Telegraph and The Luxury channel to name a few.

Besides designing a long line of acclaimed ready-to-use pieces it is her conceptual installations that saw her evolving into an authentic global voice. I Will Buy Flowers Myself (2009) and Gone with the Wind (2010) presented a collection of objects inside blown-up doll house structures that became a hallmark of Milan Design Week. In November 2013 Zupanc presented a wooden structure, a pavilion, A Room of One‘s Own as part of the exhibition Esprit Dior: Miss Dior in Galerie Courbe held at Grand Palais in Paris and later restaged at the Museum of Contemporary Art, MoCA in Shanghai.

The iconic Miss Dior Chair was created for the occasion and subsequently redesigned into the Ribbon Chair, a design concept holding Zupanc’s unique philosophy:

“something deviously daring in this object of controlled prettiness”. 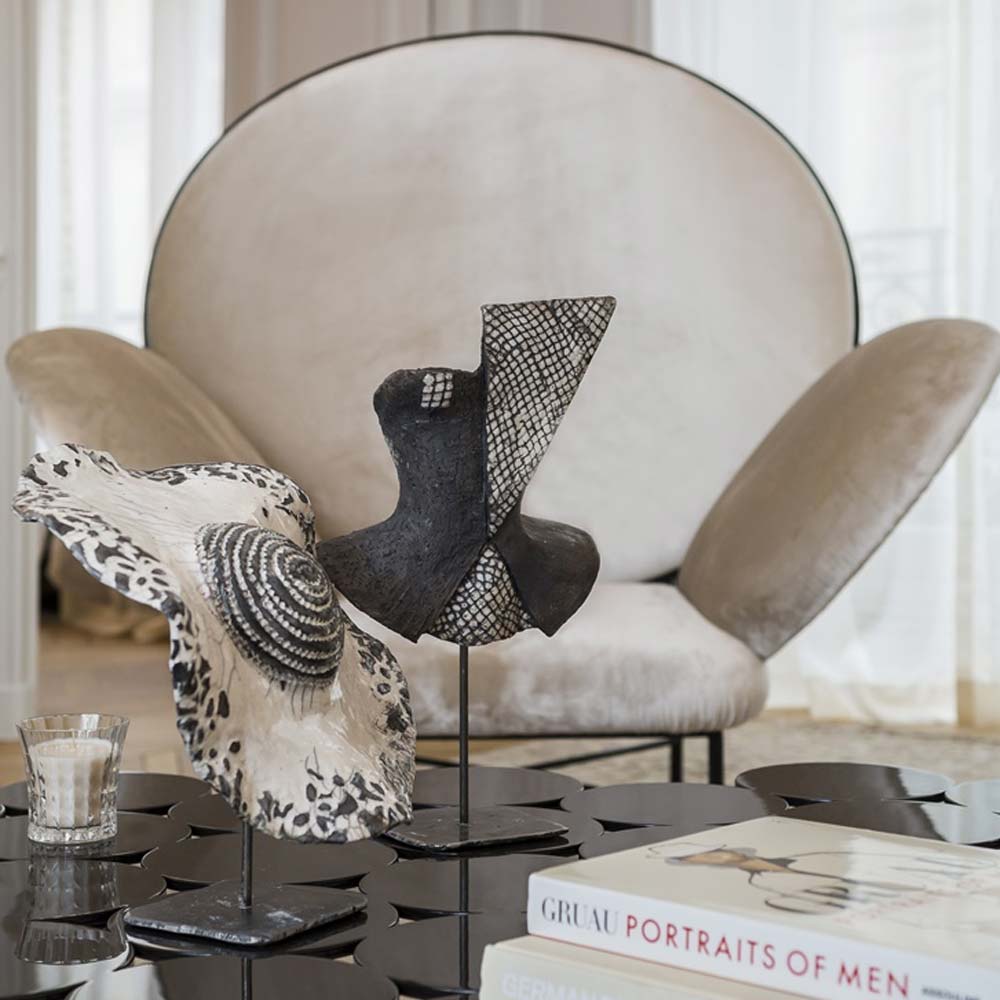 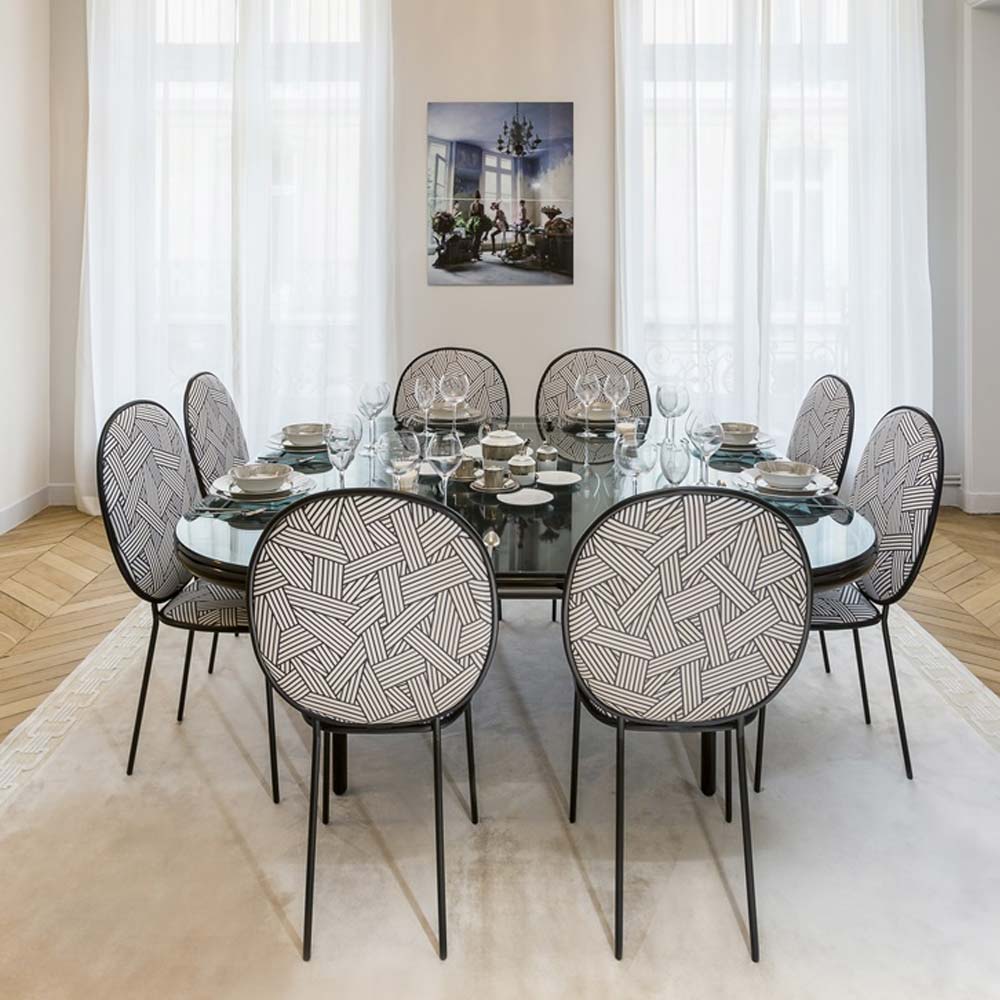 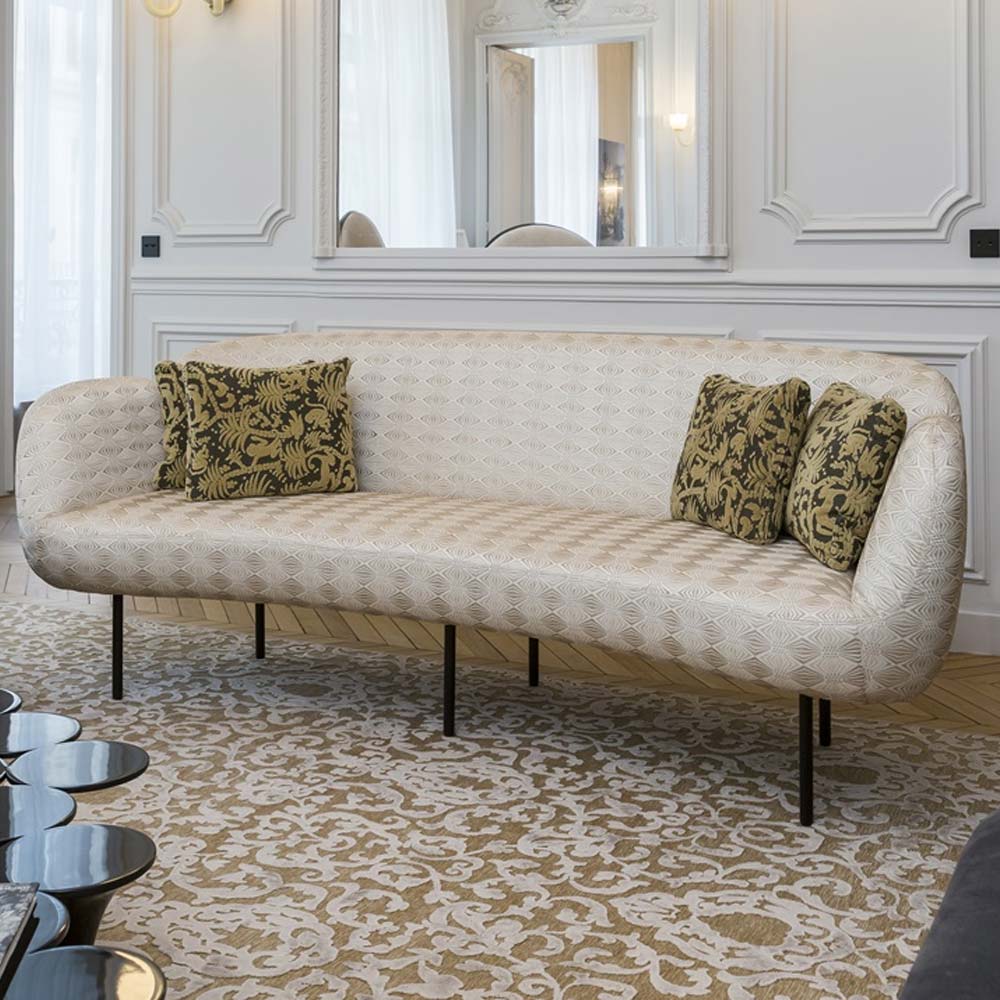 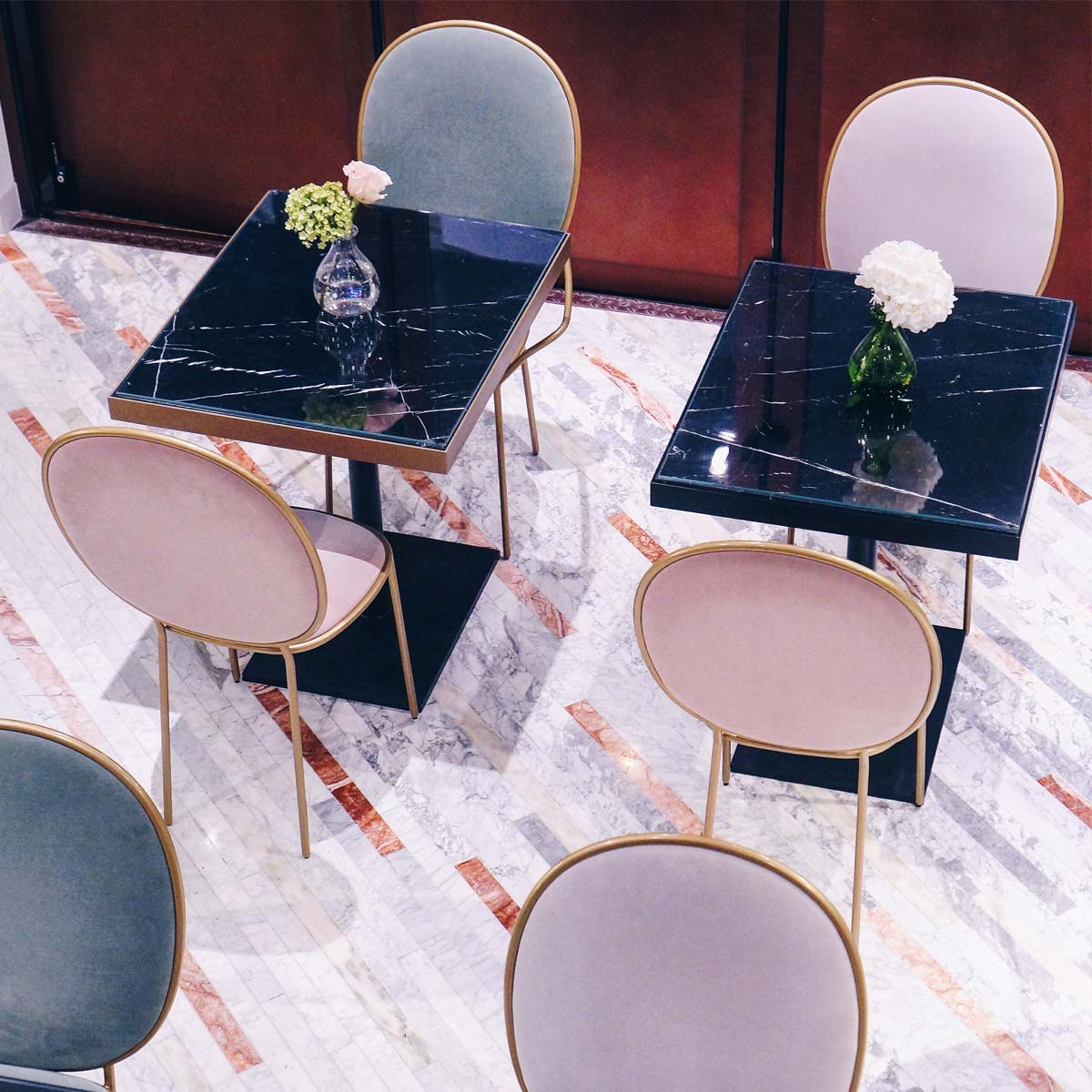 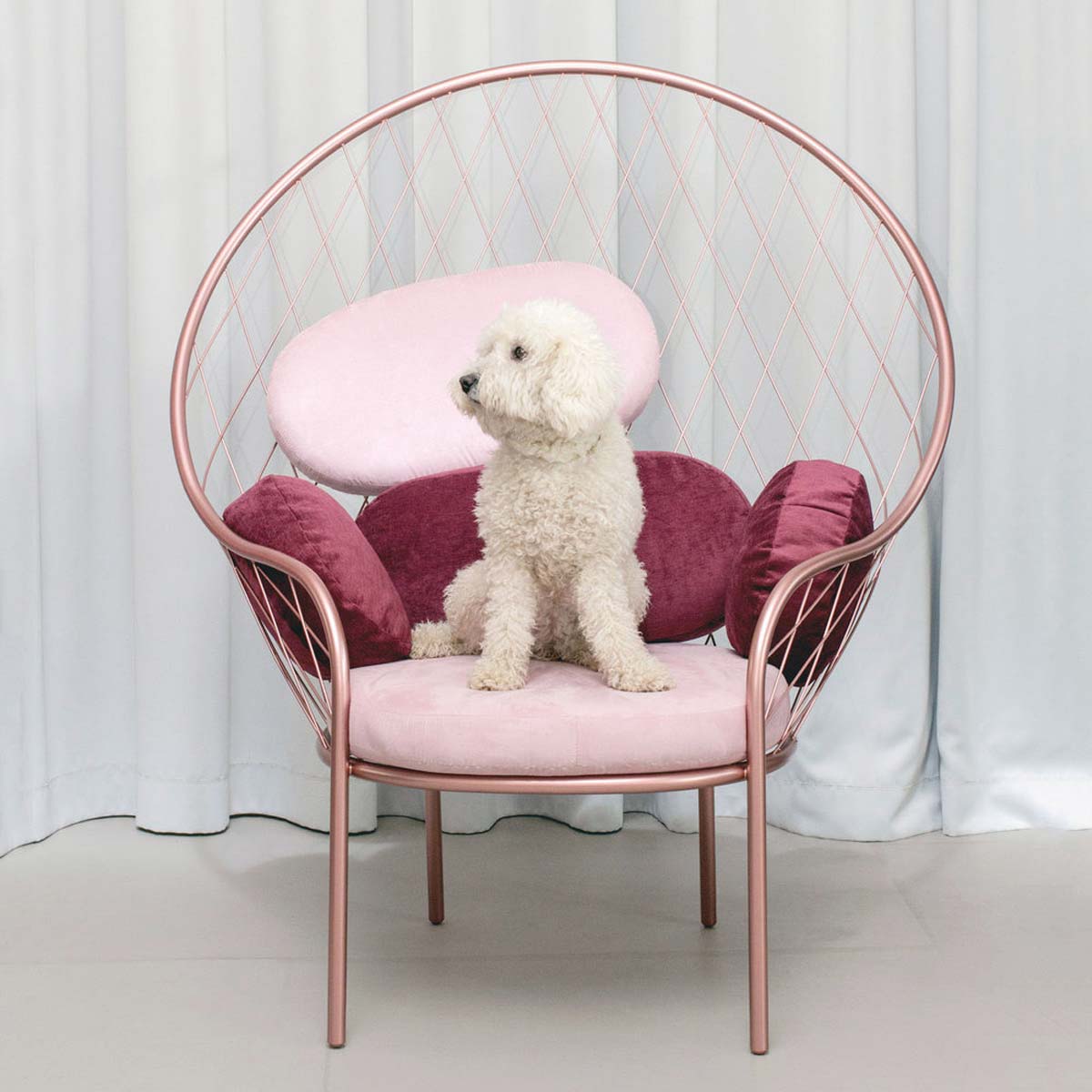