Loved by gallerists and collectors as well as prominent design brands worldwide, Xavier Lust creates design masterpieces where tension and curves are inspired by nature, using a signature (de)formation process of metal and glass surfaces.

“I see the creation process as an equation between four parameters: functionality, beauty, culture and technology.”

Born in 1969, Xavier Lust was 19 years old when he decided to study interior design. After graduating at Institut Saint-Luc in Brussels, he opened his own studio in Brussels in 1992. Xavier started his career in 2000 working with prominent brands such as MDF Italia before turning his attention to collectable limited edition design pieces and monumental sculpture. The ongoing relationship with MDF Italia was the start of his collaborations with leading international manufacturers such as Driade, De Padova, Cerruti Baleri, Fiam, and Extremis among others.

Today the Xavier Lust design studio is renowned for working in several areas of design, such as furniture and accessories, interior architecture, industrial design and street furniture. At the same time, he continues to create limited editions and one-off pieces of art+design showcased at auction houses. His work is represented by the best international design galleries of the likes of Carpenters Workshop Gallery du Passage in Paris, Nilufar in Milan and Ralph Pucci in the US.

The creative process of Xavier Lust resembles the one of visionary architect Frank O. Gehry also known for experimenting with shapes and materials and equally appreciated for the sculptural excitement of his projects. For Xavier Lust, most of the reference in his objects comes from Nature and its rules: a passionate micro-molecular biologist (his second career option) Xavier likes to explore the natural transformations of materials, their tension and resistance.

“Well, I guess I can’t really give straight answers to the question. I work anywhere, anytime, all the time. Ideas come as they please, at random without a schedule. One of my favorite processes is to start by cutting a flat surface and then fold it into a volume to generate a piece of furniture.”

Always testing the technical possibilities of the material, he works closely with a metal factory located in Liege, Belgium, where he tests and explores how the curving process could give strength and structure to otherwise delicate surfaces. The signature curves of Xavier objects are made in the most natural and traditional way without using any mold to force materials deformation. Borrowing the words of Maria Cristina Didero, hitting the spot on Xavier signature style:

“For Xavier Lust, dedication to beauty is the answer to eternity and this forever is actually built every day through constant work, research and curiosity”.

Xavier Lust is a 360° designer, using its craft to highlight exclusive residences as well as public spaces. One reference to all is the Le Banc bench, originally made for MDF Italia in 2001 which immediately become an icon of design. A piece that truly represents Xavier Lust signature style in 2006 Le Banc become part of a public project by the City of Brussels asking Xavier to redesign benches for public areas. Xavier designed a perforated anti-graffiti prototype, which ended up being auctioned as a 12-piece limited edition.

With organic shapes, smooth surfaces and metalwork techniques polished to perfection, his design is described as multi-dimensional and sculptural. This is made unique by luxurious finishing. Xavier work has received dozens of awards including the prestigious Compasso d’Oro, the first and most recognized award in industrial design.

“A wonderful aspect of Xavier’s work is the illusion of lightness and motion,” writes the Russian design critic Olga Bozhko.

Xavier is a frequent guest lecturer at major art and design institutions. His work has been included in 50 exhibitions worldwide, including two retrospective of his work in Belgium in 2007 at the MAC / CID (Museum of contemporary art and design at Grand-Hornu) and in 2015 at the Botanique Museum in Brussels. His work is showcased in many permanent collections including the Stedelijk Museum in Amsterdam and the Musee des Arts Decoratifs in Paris.

“In his designs, he manages to express what seems impossible. It seems as though his works are not created; they are born.” 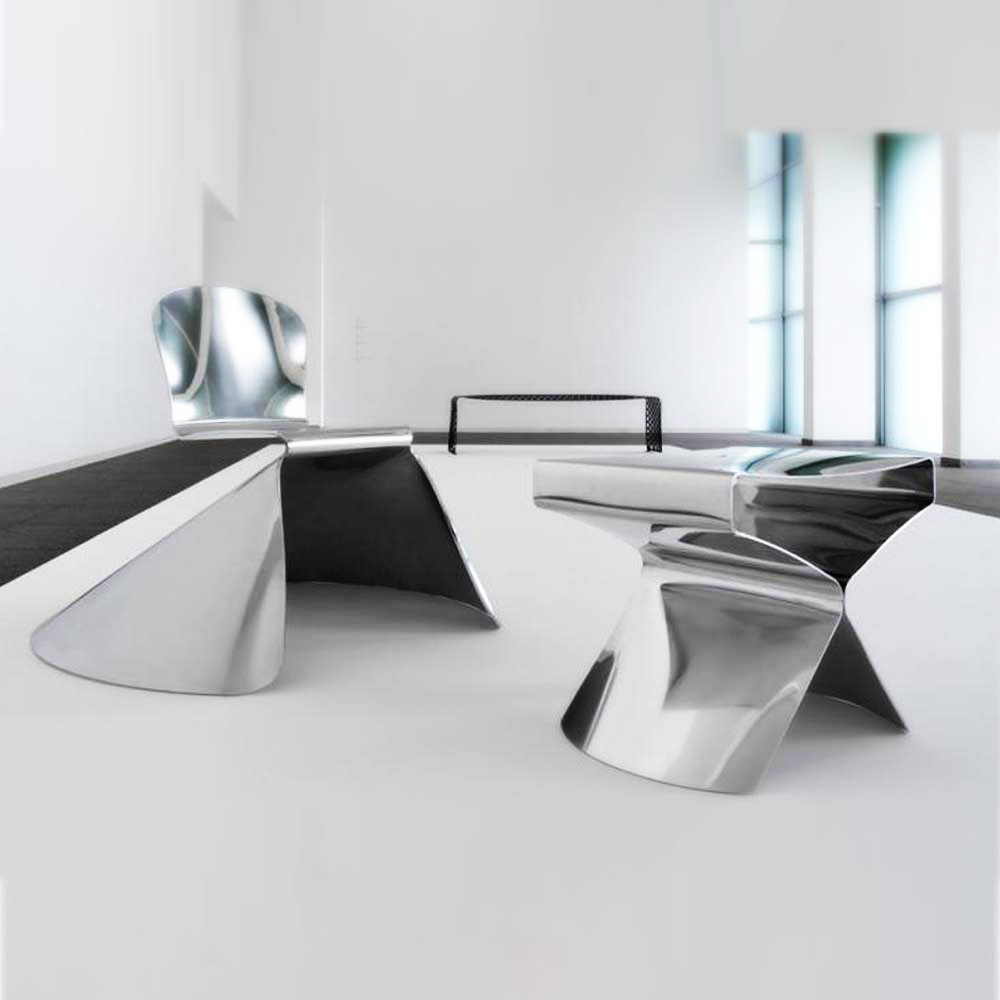 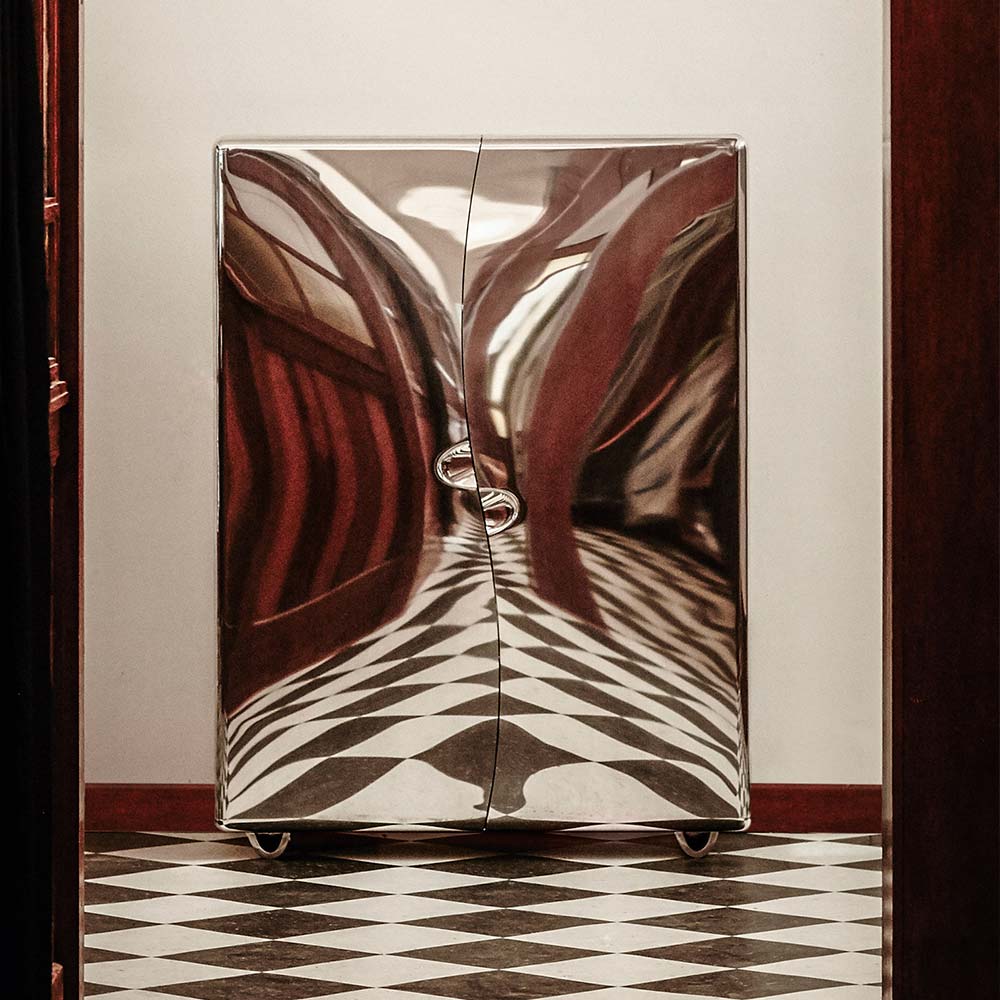 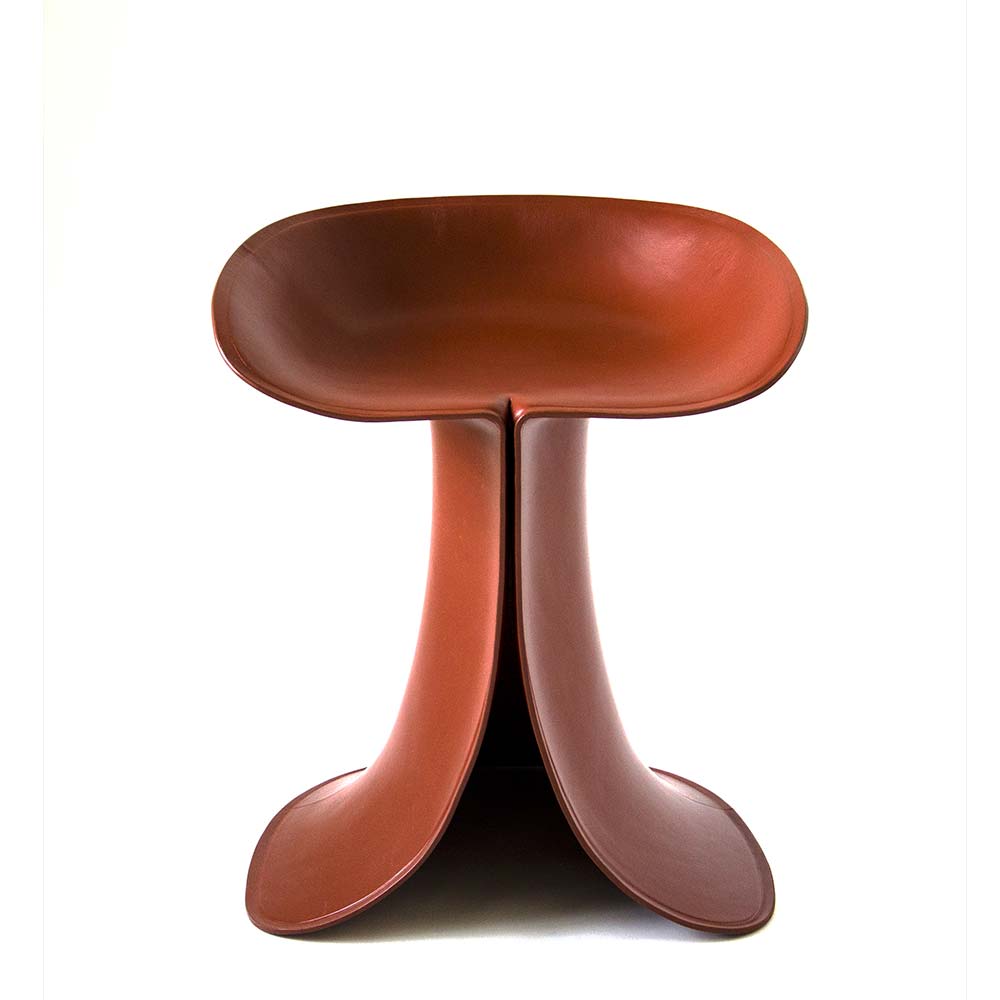 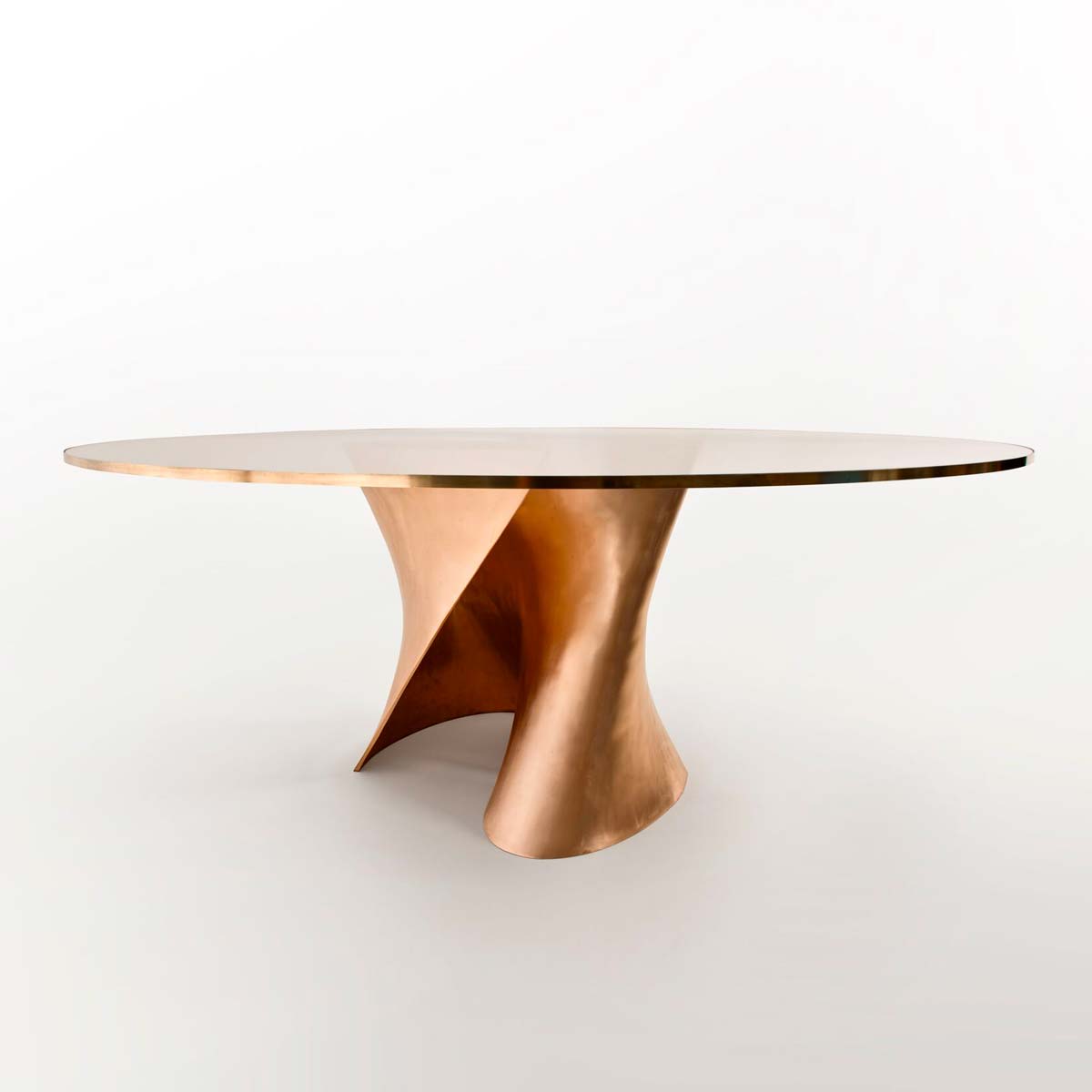 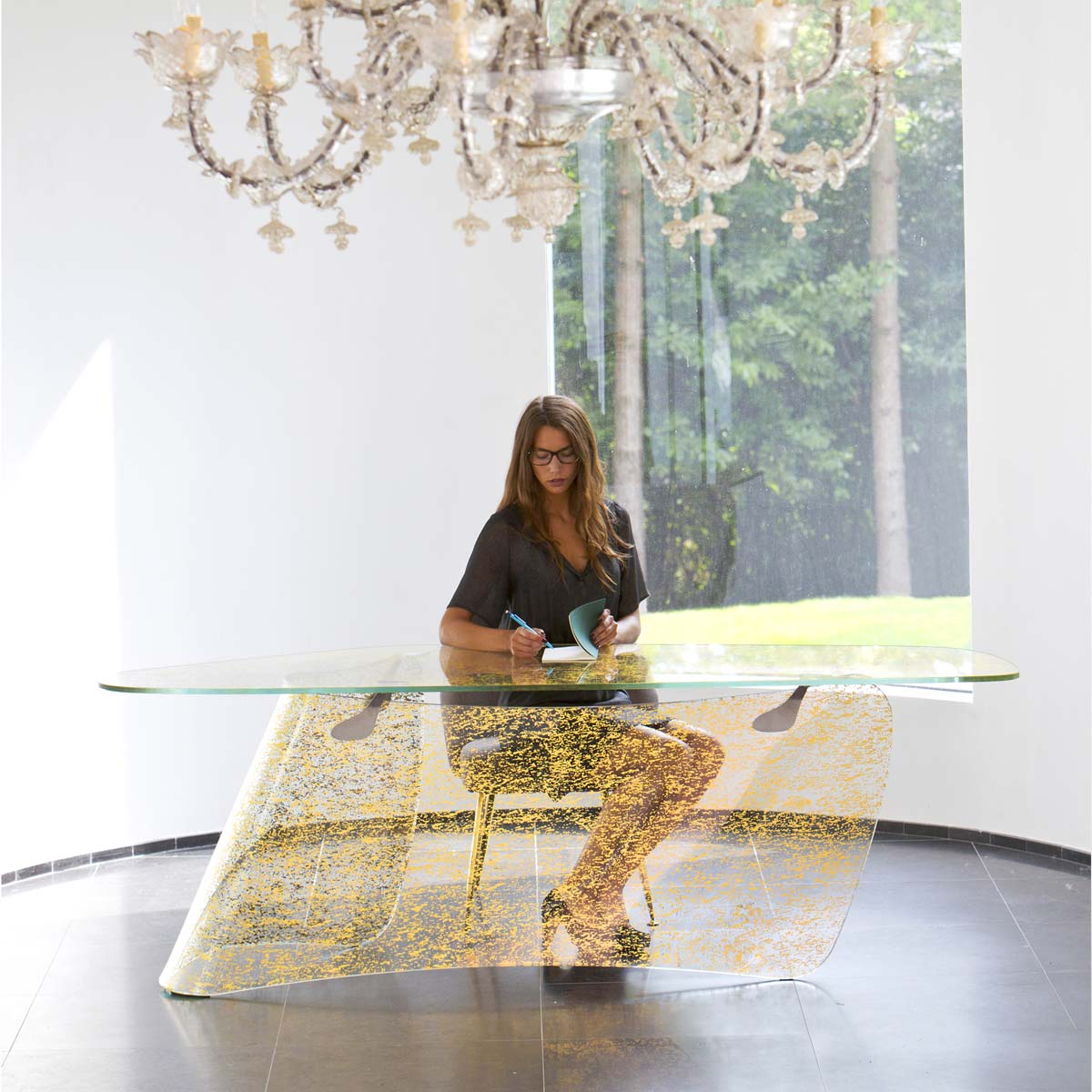